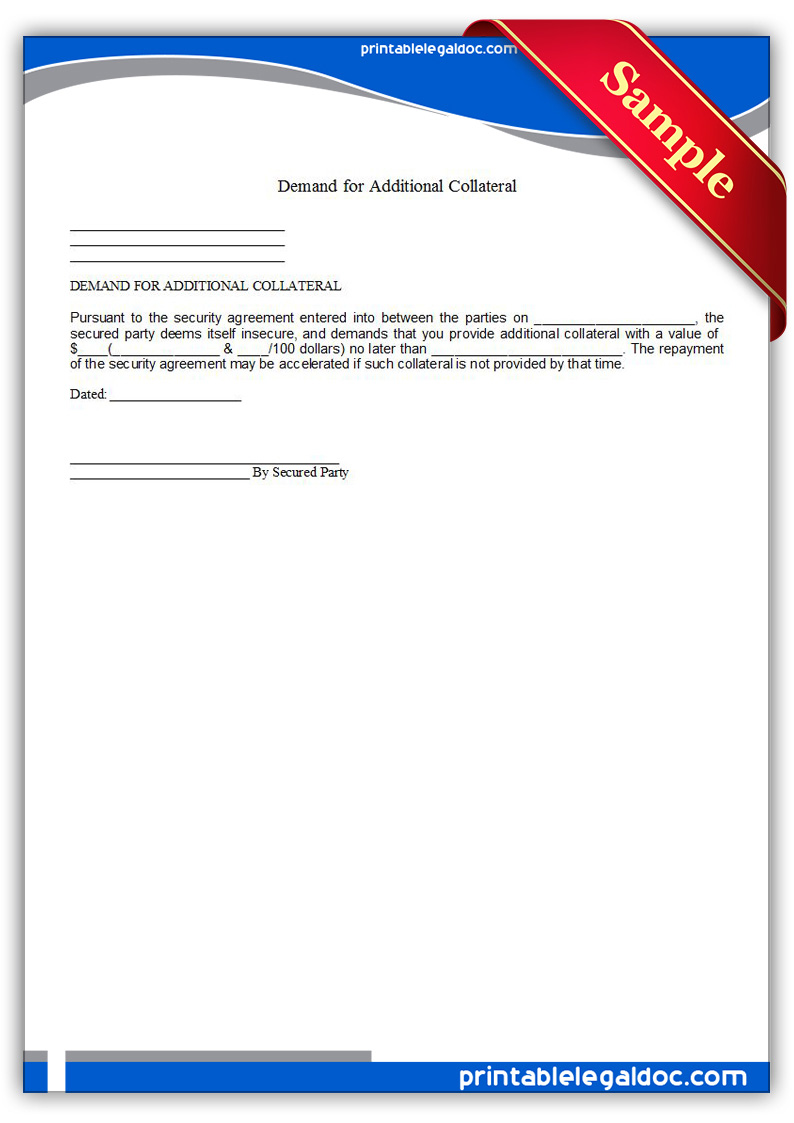 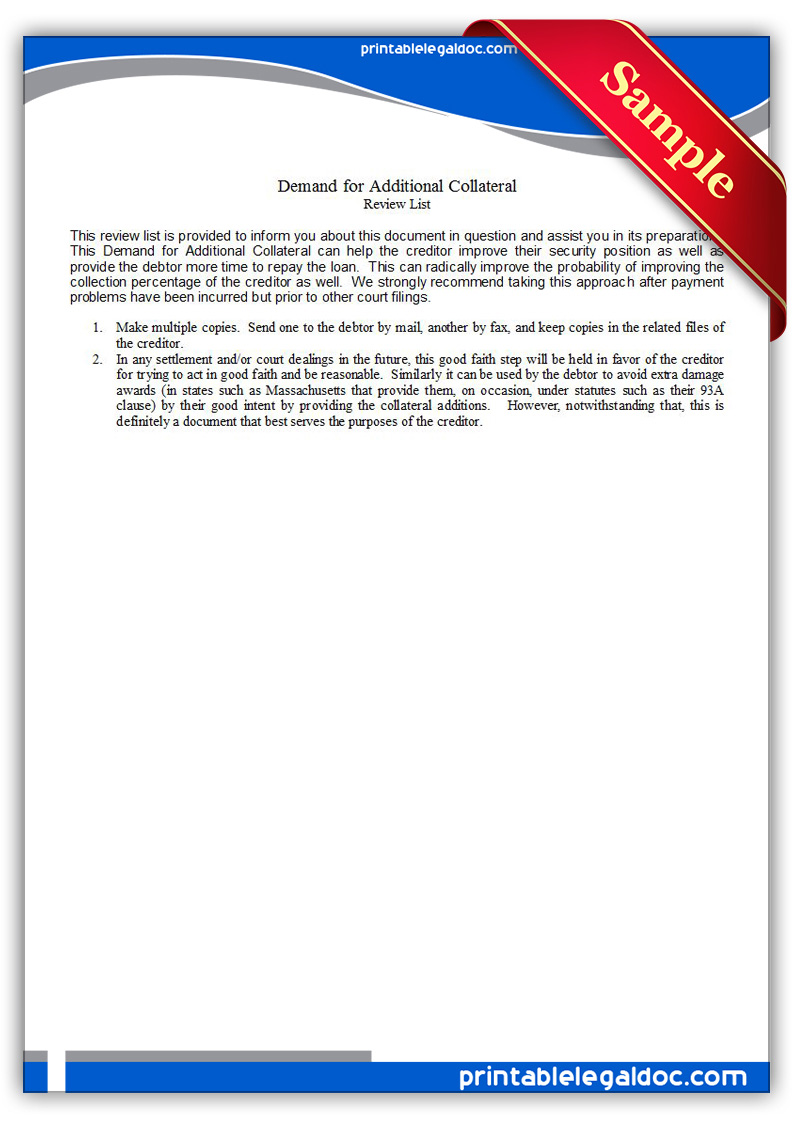 This review list is intended to educate you about this document and to aid you in its preparation. This Demand for Additional Collateral can benefit both the creditor and the debtor by enhancing the creditor’s security position and giving the debtor additional time to repay the loan. This can significantly boost the creditor’s collection percentage as well. We strongly advise pursuing this route following the occurrence of payment difficulties but before to the filing of any additional court documents.

This review list is provided to inform you about this document in question and assist you in its preparation. This Demand for Additional Collateral can help the creditor improve their security position as well as provide the debtor more time to repay the loan. This can radically improve the probability of improving the collection percentage of the creditor as well. We strongly recommend taking this approach after payment problems have been incurred but prior to other court filings.

1. Make multiple copies. Send one to the debtor by mail, another by fax, and keep copies in the related files of the creditor.
2. In any settlement and/or court dealings in the future, this good faith step will be held in favor of the creditor for trying to act in good faith and be reasonable. Similarly it can be used by the debtor to avoid extra damage awards (in states such as Massachusetts that provide them, on occasion, under statutes such as their 93A clause) by their good intent by providing the collateral additions. However, notwithstanding that, this is definitely a document that best serves the purposes of the creditor.